Why I Don’t Blame Ballet For My Daughter’s Anorexia 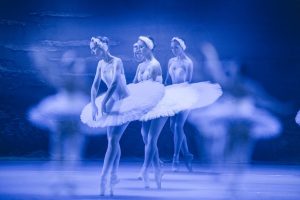 Since my teen ballerina’s anorexia diagnosis, I have noticed that there is a widespread belief that ballet causes eating disorders. Considering my daughter’s serious involvement in ballet during the development of her illness, I could have easily decided to blame ballet for her anorexia. But while a link between ballet and the development of anorexia has been established, I want to understand the facts before I jump to any conclusions.

I learned in a college statistics class that just because two things happen together doesn’t mean one causes the other. When there is correlation as with ballet and anorexia, it is natural to think there is causation. But, correlation does not equal causation. Statistics can say whatever we want them to say. Data can be misconstrued and misunderstood. A high correlation can exist without one thing being the cause of the other.
Looking for correlations is a frequently used method because it provides hypotheses to test to find the cause of whatever is being studied. Correlations can help us get closer to the cause, but they aren’t the whole answer. As consumers, most of us know that the information that is presented to us is only part of the collected data, and it is selectively used to support a desired conclusion. It is not the whole picture.
While it is tempting to find meaning in correlation, I want to resist the temptation.  I want to draw my own conclusions instead of believing everything I read or hear about ballet and anorexia. I am one mom of an anorexic ballerina, so I can only draw on what my personal experience has been with my daughter. So far, I am not convinced that the evidence I have gathered about my daughter’s ballet experience and her development of anorexia is conclusive enough to establish causation.

The popular portrayal of ballet would have us believe that it is one of the most terrible influences on a young girl imaginable. I admit it crossed my mind to blame ballet when my daughter developed anorexia. After all, one of the biggest influences in her life at the time of her anorexia diagnosis was ballet. She was dancing for a preprofessional ballet company. She was immersed in a culture of mirrors, leotards, costumes, auditions, and corrections. The energy imbalance that led to her dramatic weight loss happened while she was away at a summer ballet intensive.

But, is ballet to blame for her anorexia?
It isn’t fair to characterize ballet as causing anorexia without at least considering that those who are most attracted to the world of ballet may be those who are already inherently at risk for developing anorexia. I believe it is truly a “perfect storm” that leads to anorexia, and that the factors contributing to it are both genetic and environmental. With that in mind, here are the reasons I don’t blame ballet for my daughter’s anorexia:
1. She was already a perfectionist.

Certain genetic personality traits such as perfectionism, rigidity, obsessive thinking, and hypersensitivity have been shown to predispose some individuals to eating disorders. My daughter was born to be highly competitive. She is attracted to challenge and pressure. She has had the same intensely driven approach to everything she has ever done. She is a born perfectionist. She is persistent, and always has been. She is an achiever who has never been satisfied with any outcome. She is constantly moving on to the next goal.

In other words, she possessed the characteristics that accomplished dancers have before she ever put on her first pointe shoe. Many of the inherent risk factors for anorexia are the same qualities that make ballet a perfect fit for her. None of those risk factors grew out of a ballet culture. The ballet culture may have augmented what was already there, but it alone did not cause her to develop anorexia.

2. Her body image issues were present before she started seriously studying ballet.
She had body image issues at a very young age, and this distorted perception of herself began before she became a ballerina. Maybe someone who is predisposed to obesity would have less of a weight problem if never introduced to fast food, but would staying away from fast food guarantee a normal weight over a lifetime? Just as some people can eat fast food without becoming obese, some girls can dance ballet without developing anorexia. I have no way of knowing with certainty if my daughter would have avoided anorexia if she had never taken that first ballet class, but I do know that ballet is not responsible for making her unhappy with her body.

Ballet is known for pressuring dancers to be thin. In my daughter’s case, there was no external pressure for her to lose weight. She has never had an artistic director or instructor suggest that she needs to be thinner. In fact, the environments that she has danced in have emphasized ability and hard work regardless of weight or body type.

3. Dance is her reason for recovery.

She did not dance for 6 full months after her diagnosis. Her incentive to live, to feel better, to eat, to gain weight, to keep going no matter how hard it got or how bad she felt, was so she could dance again, so she could return to her ballet company.
She was born to dance. She may have been born at risk for anorexia. The intersection between the two is still not completely understood. What I know for sure is that it is her love of ballet that has empowered her to work extremely hard in recovery.

4. Ballet is one of the most positive influences in her life.

Ballet gets a bad rap. In my daughter’s case, her local ballet company was and is the biggest source of support for her. Her fellow dancers are her second family. The artistic director of her ballet company has shown her compassion, concern, and acceptance throughout her illness. Her ballet family believes in her, supports her recovery, and encourages her to be the best version of herself whether she is on stage or not. That doesn’t sound like the description of a villain to me.

While I can’t overlook the relationship between ballet and anorexia, I can evaluate it based on my daughter’s individual experience. The fact is, it isn’t a productive use of my time or energy to place blame. If there were any clear answers, then there would be a better overall understanding of anorexia.

If you would like some support as you navigate your daughter’s recovery, contact me at jenni@peacemealcoach.com to schedule a free 20-minute mini coaching session.
Jenni Gaines2020-10-24T08:35:25-05:00